How Do You Know Your Insulin is Bad?

When you have a bad low (and I mean a BAD low, like this one): 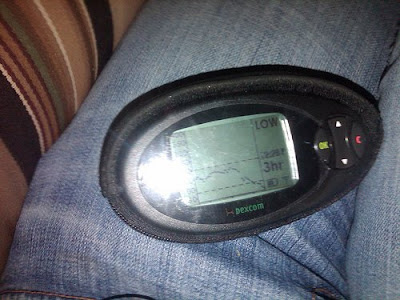 Ummm . . . help?!
And you end up over-overcorrecting and you take roughly a unit of insulin every hour but you still can't get down: 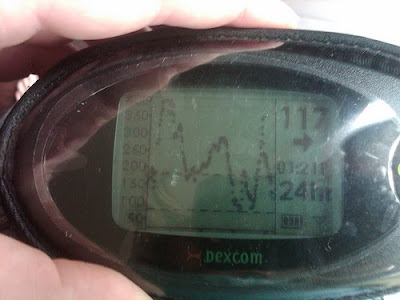 Notice this is a 24-hour graph.  I spent most of it over 250 mg/dL.  Crappy day.
After the 10th (or 11th?) correction and I was still in the 300s with a northeast arrow on Constance, I called my pharmacy and said, "Hey, how long are y'all open?  Can I get my insulin refilled?  I think my vial has gone bad."  Of course, they could refill it.  It had been more than a month since I had refilled my last prescription, but I still had one more reservoir left on my vial.  I like to be incredibly efficient in my insulin use, it's the engineer in me.  However, I've noticed that whenever I travel with a vial (which I did with this one over the 4th holiday) that it tends to go bad before all the insulin is used.  But I can usually get some use out of the whole vial without living in the "HIGH" zone for multiple hours.
When I got my prescription refilled, I threw away the vial without looking at it.  But I should have because I might have seen that it had a milky white fog to it, signaling it had gone kaput.  I think this is the first time I have ever thrown away a vial with some significant amount of insulin left.
I changed my site and it has been smooth sailing ever since--meaning the only highs I've seen have been my own doing, which I'm OK with.  I'd much rather to be able to explain the highs when I have them.  Having bad insulin or a malfunctioning pump just adds to the chaos.  I'm clumsy and ungraceful enough on my own; I don't need outside errors adding to it.
Even though this happened on Friday, I thought this post would be appropriate because: 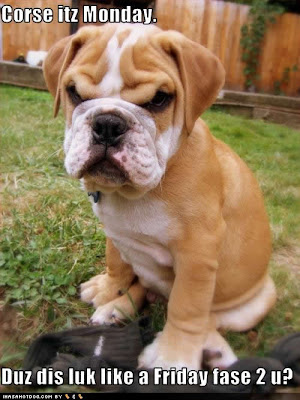