Today, November 9th is the 6th annual D-Blog Day!  This year's topic is "6 things you want people to know about diabetes".  But since I like to put my own spin on things, I'd like to answer the 6 most common questions I hear about diabetes. 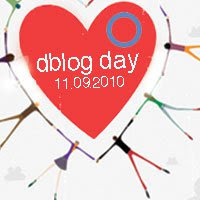 1.  Does it hurt?
By far the most common question I get.  Answer:  sometimes.  Testing my blood used to hurt a lot at first when I was diagnosed.  But I got used to it and learned where to test on my fingers so it doesn't hurt as much.  It also hurt when I first gave myself shots, leaving bruises all over my stomach.  But then I got Arnold and the Quick Serter makes it not hurt so much.  The needle for Constance kind of hurts going in, but once the needle is out and it's just the sensor left, I can't feel it at all.
2.  What can you eat?
Most people believe that diabetics should only eat meat and vegetables.  Although these are healthy choices, our bodies do need carbs for everyday functions (like, the brain).  I am of the philosophy that you can eat anything in moderation, as long as you plan and take your insulin properly.  Some foods are worth the hassle, to me, like pizza and beer.  Others, like donuts and cake, aren't.
And just because something says "sugar-free" on it, doesn't mean that it's safe for diabetics to eat.  The entire nutritional gamut needs to be considered:  calories, fat, carbs, and protein.  Regardless of your pancreatic function, I believe we all should eat a healthy, well-balanced diet.
3.  Do you have to wear the pump all the time?
I wear the pump continuously throughout the day unless I'm in the shower or going swimming because it can't get wet or if I'm exercising.  (Yes, sex is considered exercise.  I've actually gotten this question more than I ever thought I would.)
4.  Insulin is a cure, right?
*sigh* No.  Insulin is a necessary hormone that converts glucose in the blood into energy for the muscles.  However, too much insulin causes low blood sugar or hypoglycemia, which can cause someone to go into a seizure or coma.  In extreme cases, it can even cause death.  Any medication where the side effects include "seizures, coma, death" is not considered a cure to me.
5.  Isn't type 1 like the bad type 2?  And type 2 can be "cured" with diet and exercise?
No and no.  All people with diabetes have a genetic predisposition to the disease.  Type 1 diabetes is where the pancreas doesn't produce any insulin, whereas in type 2 diabetes the pancreas produces some insulin but not enough to properly maintain normal blood sugar levels.  Type 2 diabetes can be controlled enough in some patients with just diet and exercise, but they are always considered diabetic.  They are two completely different diseases, not different levels of the same one.
6.  Will you have it for the rest of your life?
I've pretty much succumbed to the idea that I will be diabetic as long as I live in this earthly body.  It's not that I've given up hope for a cure, certainly not!  But I don't want to sit around waiting for a cure while life passes me by.  If a cure is found in my lifetime, wonderful!  If not, then I want to plan to live my life to the fullest potential that I can, diabetes regardless.
Posted by Holly at 8:37 AM